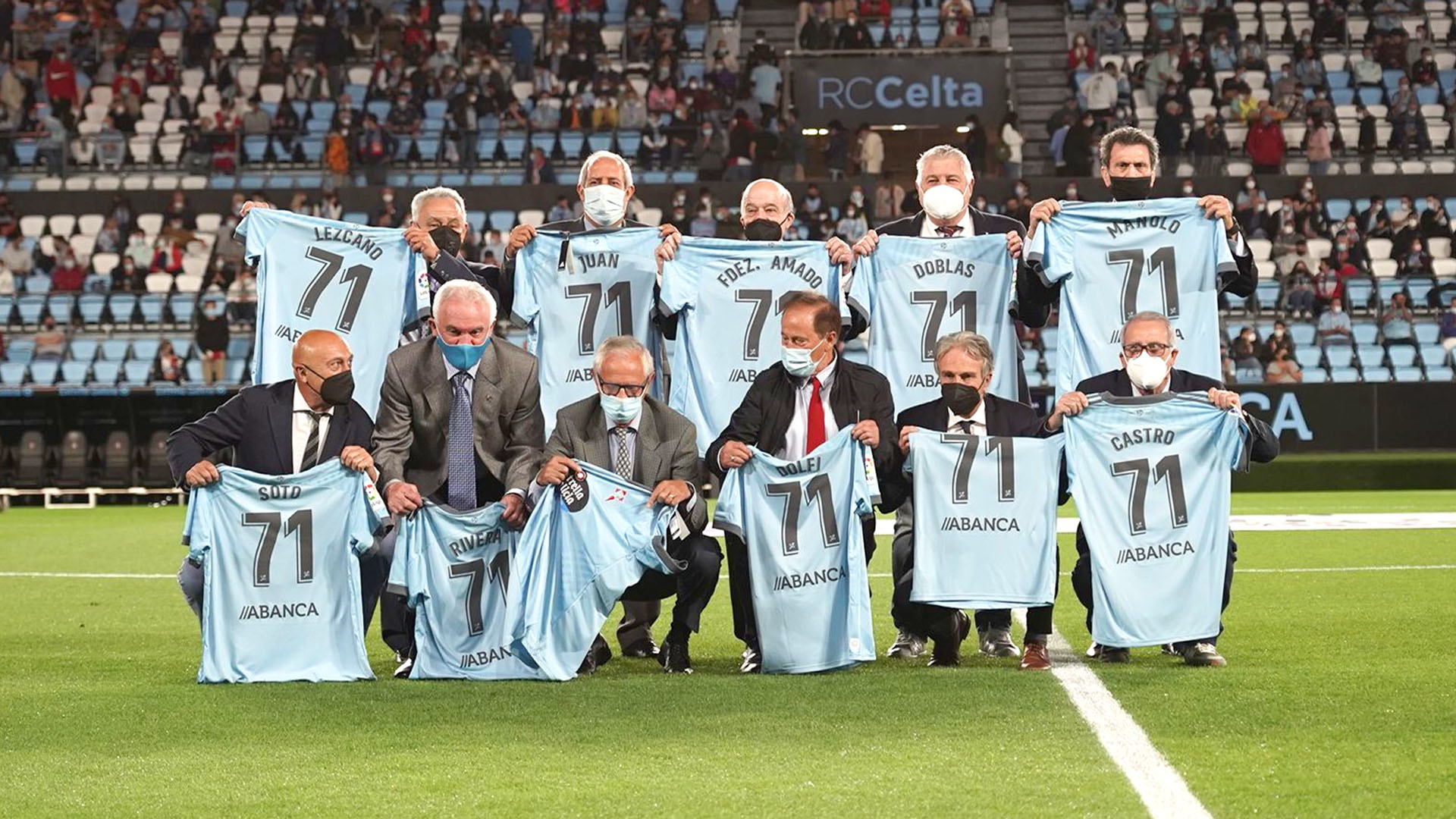 Last September 15th was the fiftieth anniversary of the first match played by RC Celta in a European competition, a Celta-Aberdeen UEFA Cup match at Balaídos stadium. Eleven protagonists of that feat met again on the pitch of the Vigo stadium to receive the recognition of the club and the sky blue fans.

Lezcano, Juan, Fernández Amado, Doblas, Manolo, Soto, Rivera, Luis Villar, Dolfi, Rodilla and Santi Castro received from the hands of the RC Celta board of directors commemorative shirts with their soccer names and the number 71, the year of the European debut. The Celtic fans, as it could not be otherwise, dedicated a great and emotional ovation to this group of true legends.

Emotional tribute to Alicia Barreiro and celtismo: the number one season-ticket holder performed the kick-off ceremony

The Club 2 months ago

The Club 2 months ago