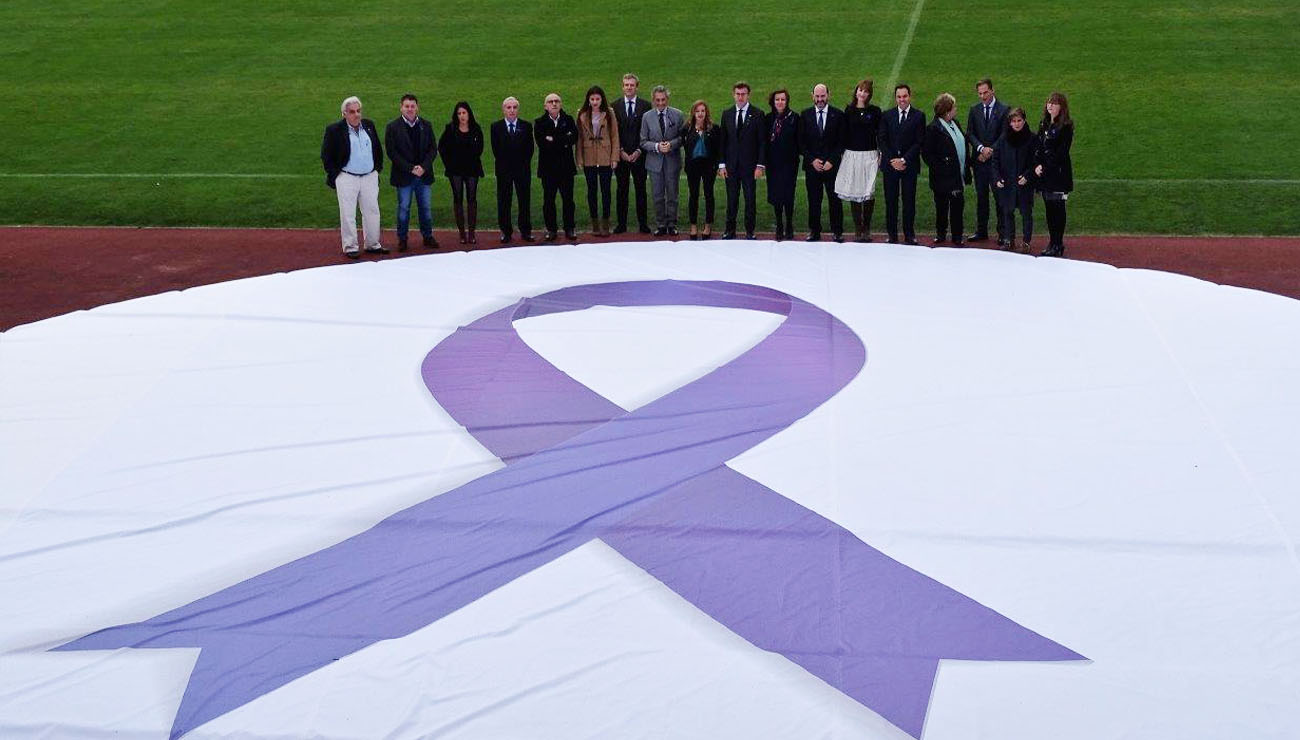 RC Celta joins the initiatives promoted by the Xunta de Galicia and the Galician Football Federation on the occasion of the International Day for the Elimination of Violence against Women, which will have an important role in next Friday’s against CD Leganes in Balaídos and before the Celta B match on Saturday in Barreiro. In both matches, the players will go onto the pitch with the campaign kerchiefs against this type of violence. Both the center circle of Barreiro and Balaídos will be covered by a large canvas with a violet ribbon, this initiative’s main symbol.

In addition, before the game against Leganes, the Xunta’s campaign spot will be played on the video-screens in the stadium on the occasion of this International Day.

Message of affection to Espanyol, Mallorca and Leganés