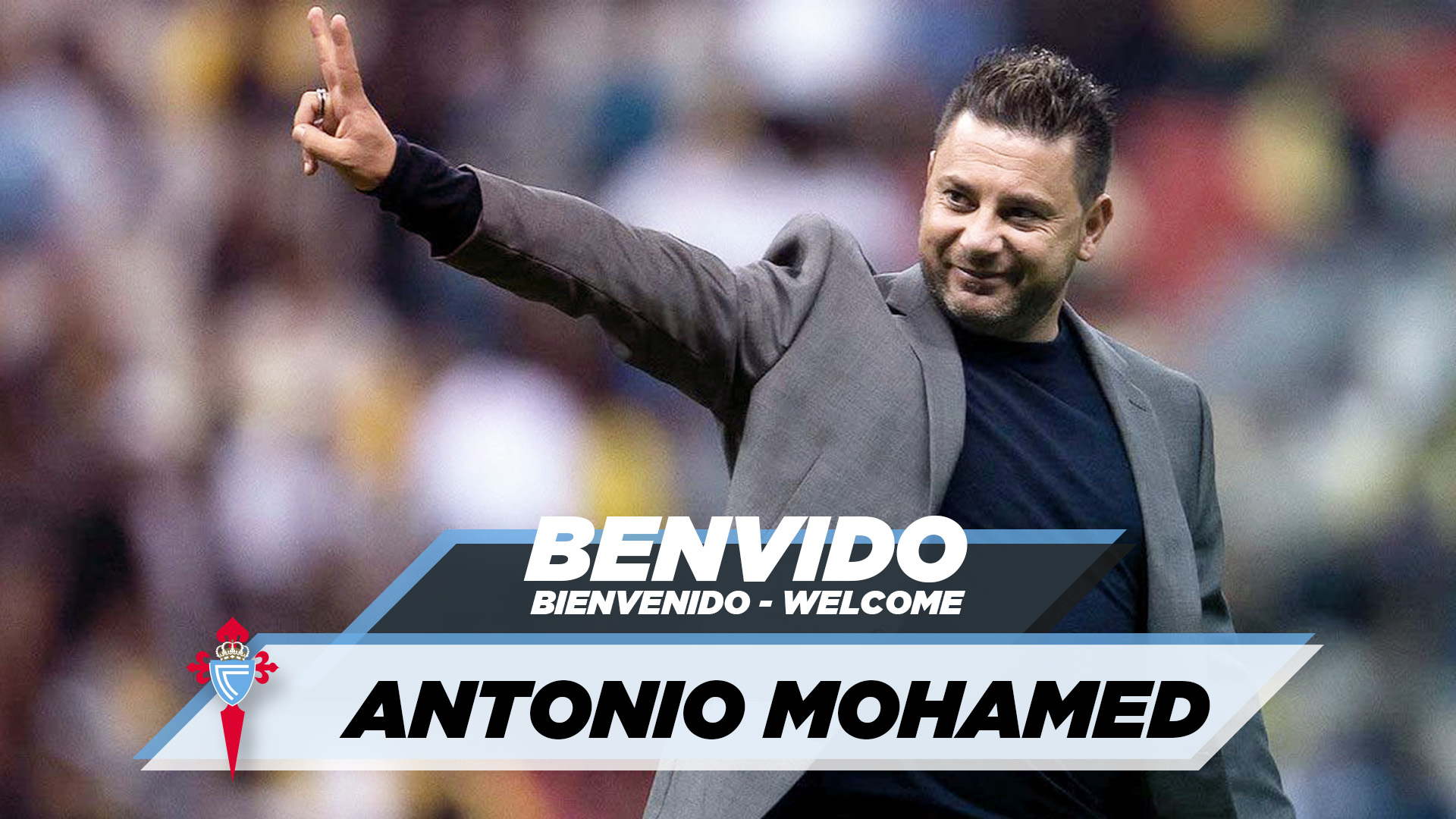 RC Celta opens a exciting stage in the sporting aspect after hiring of a manager with a long and successful experience in Argentina and Mexico and a football proposal that fits perfectly in the philosophy of the club. Antonio Mohamed will be the skyblue coach for the next two seasons, which ensures good football and ambition in the Vigo team.

Antonio Mohamed (Buenos Aires, April 2, 1970) arrives to Vigo backed by a long experience in teams of different conditions and a good number of titles in his curriculum, a total of five, plus two runners-ups, and a promotion of category. He began his career as manager in the year 2003 and has since won a South American Cup, with the independent of Avellaneda in 2010, two Mexican leagues with Tijuana and America and the Mexican Cup with Monterrey, the team which he managed for the last three Seasons.

The new Celta manager also enjoyed an extensive and fruitful career as a player, especially in Mexico, where he played for different teams for ten seasons. Among his achievements is the Copa America with Argentina in the year 1991.

Antonio Mohamed has left for Argentina yesterday and will be introduced in the next few weeks.