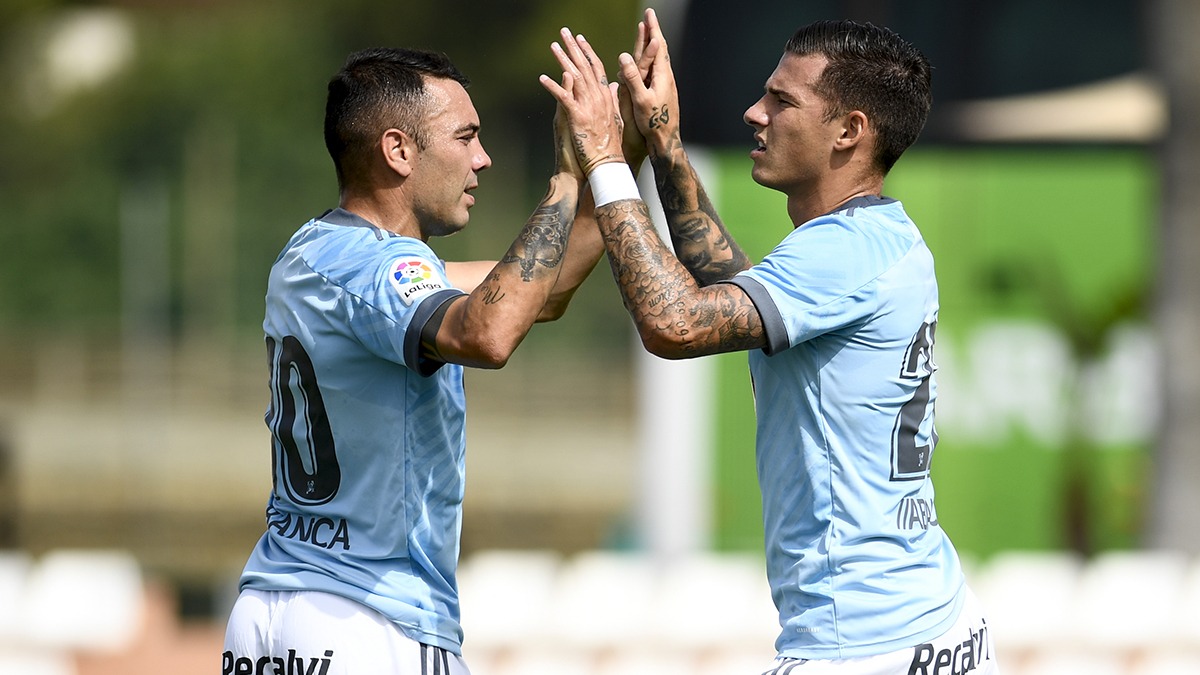 The first match of the RC Celta’s preseason ended with a comfortable victory, good feelings and excellent image. The sky blue team defeated Atlético Sanluqueño by three goals to zero at the end of the Marbella training camp with goals from Santi Mina, Brais Méndez and Iago Aspas.

Chacho Coudet’s team imposed its quality from the beginning, completely dominated the match and showed an exciting performance. The sky blues repeated the intensity and commitment that characterized them during the second phase of the previous season, which they spiced in many moments of the match with high quality plays.

Atlético Sanluqueño also offered a good performance and justified with their attitude and intentions their recent victory against Cádiz in their previous preseason match.

A very satisfactory test, therefore, in a match in which Matias Dituro and Franco Cervi made their debuts, in which Ruben Blanco reappeared and in which the Celticos wore the first kit for the 2021/2022 campaign.