Iago Aspas Estrella Galicia player of the month in November 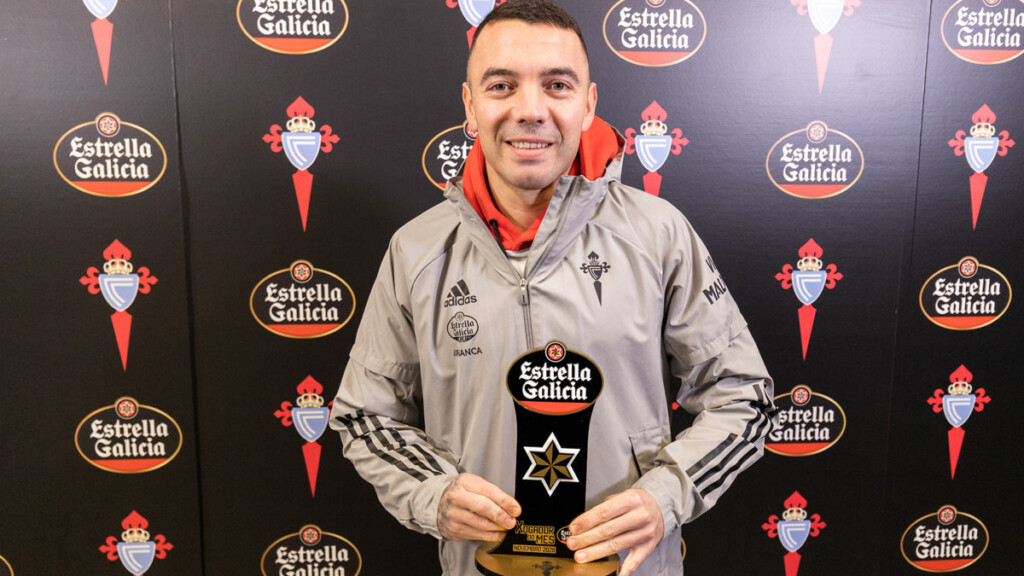 Iago Aspas received the award Estrella Galicia Player of the Month at the Cidade Deportiva Afouteza, which accredits him as the best sky-blue footballer of November. The Moaña player obtained 50% of the votes, ahead of Nolito and Santi Mina, with 25% each. RC Celta’s ’10’ wanted to thank fans for the votes received.

Iago Aspas answered the questions of the fans in which he remembered what he learned during his time out of the RC Celta and where he reviewed how he prepares for the different matches he has to face nowadays. “I can watch three or four games at the weekend and others more during the week”.

On his future once he hangs up his boots, the sky-blue forward advanced that he sees himself as a sports director rather than a coach.

Finally, Aspas pointed out that his main desire as a player of RC Celta is “to get that coveted title”.