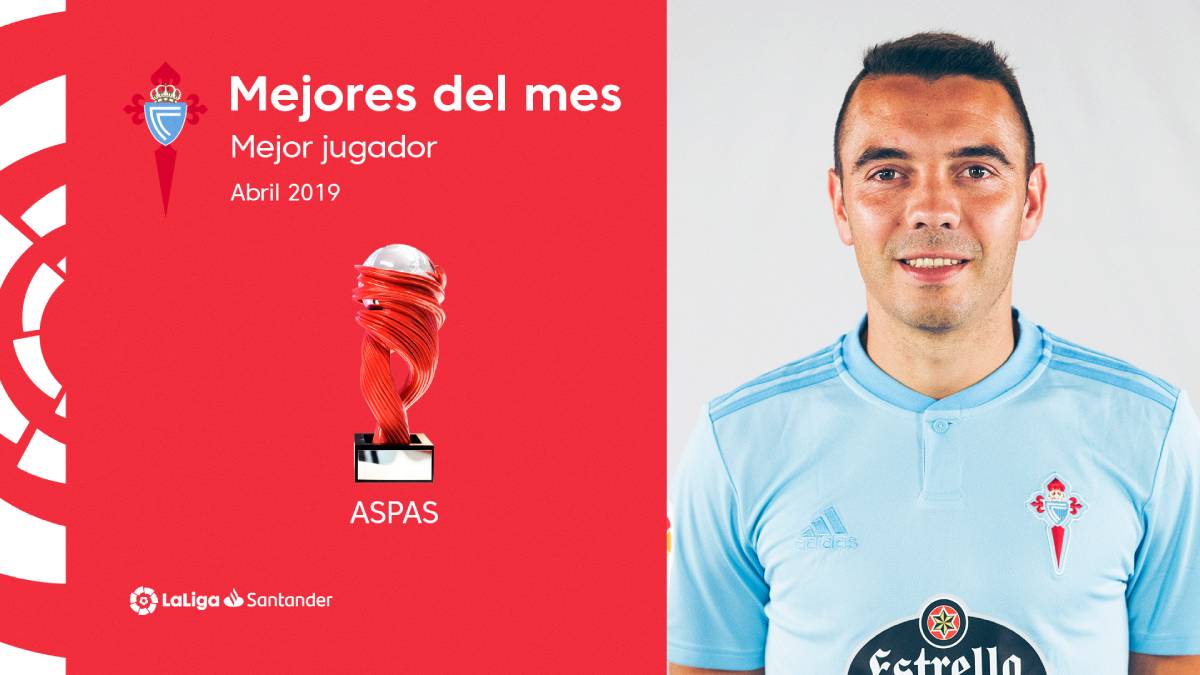 Iago Aspas has been awarded with the Best Player of LaLiga Santander in April . The sky-blue striker emerged as the great leader of RC Celta with four goals and as many assists last month, which has earned him this distinction. The Moaña player won the votings against Benzema (Real Madrid) and Guedes (Valencia CF).

The academy player will collect the award in front of the fans in ABANCA Balaídos in the moments after the match between RC Celta and Rayo Vallecano next Saturday at 20:45 hours.

Fran Escribá: "Conceding goals in such a short period of time hurt us"