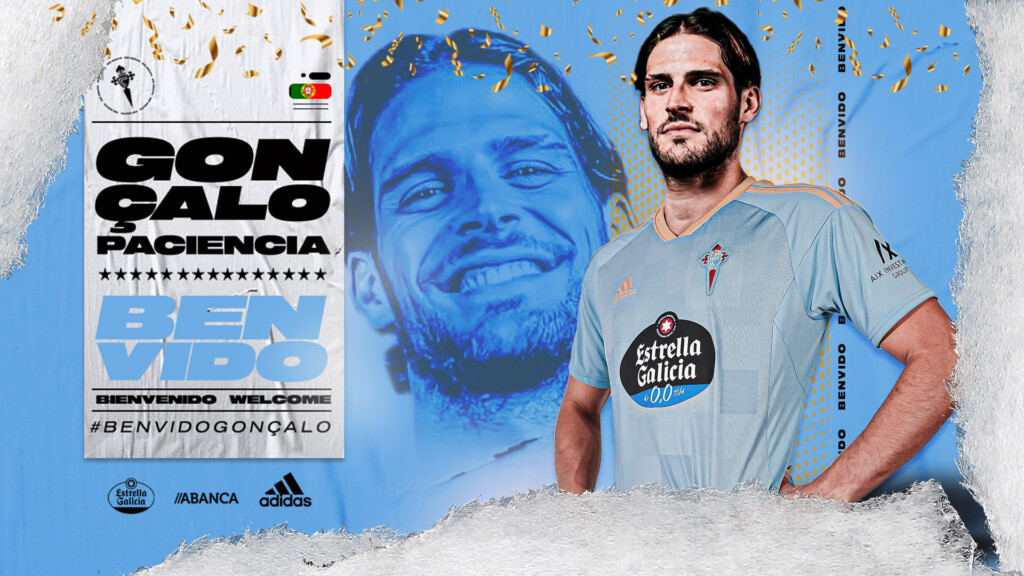 A new international player joins the sky blue squad. Portuguese striker Gonçalo Paciencia reinforces the attacking line of the Vigo squad, with whom he signs until June 2025 after being released from his contract with Enitracht Frankfurt.

Paciencia, 28 years old, proved his qualities as a ‘nine’ in the Greek, Portuguese and German leagues, as well as in all categories of the Portuguese National Team, in which he played, and scored, from the U-16 to the senior team. He has won three titles in his career, winning the Greek League with Olympiakos, the Portuguese League with FC Porto and the Europa League with Eintracht.

The sky blue striker was formed in the youth academy of FC Porto, from where he was promoted to the first team. He played for several teams in the Portuguese First Division, Olympiakos and two German teams, Schalke 04 and Eintracht, where he scored twenty goals and provided seven assists.

Gonçalo Ferreira is a powerful striker in the air, with a good shot and accurate in the area, where he offers great intuition and anticipation capacity. The Portuguese international is the seventh addition of RC Celta in the current transfer market.