Reunited in RC Celta with the aroma of a champion: Augusto Solari reinforces the right side of the sky-blue team 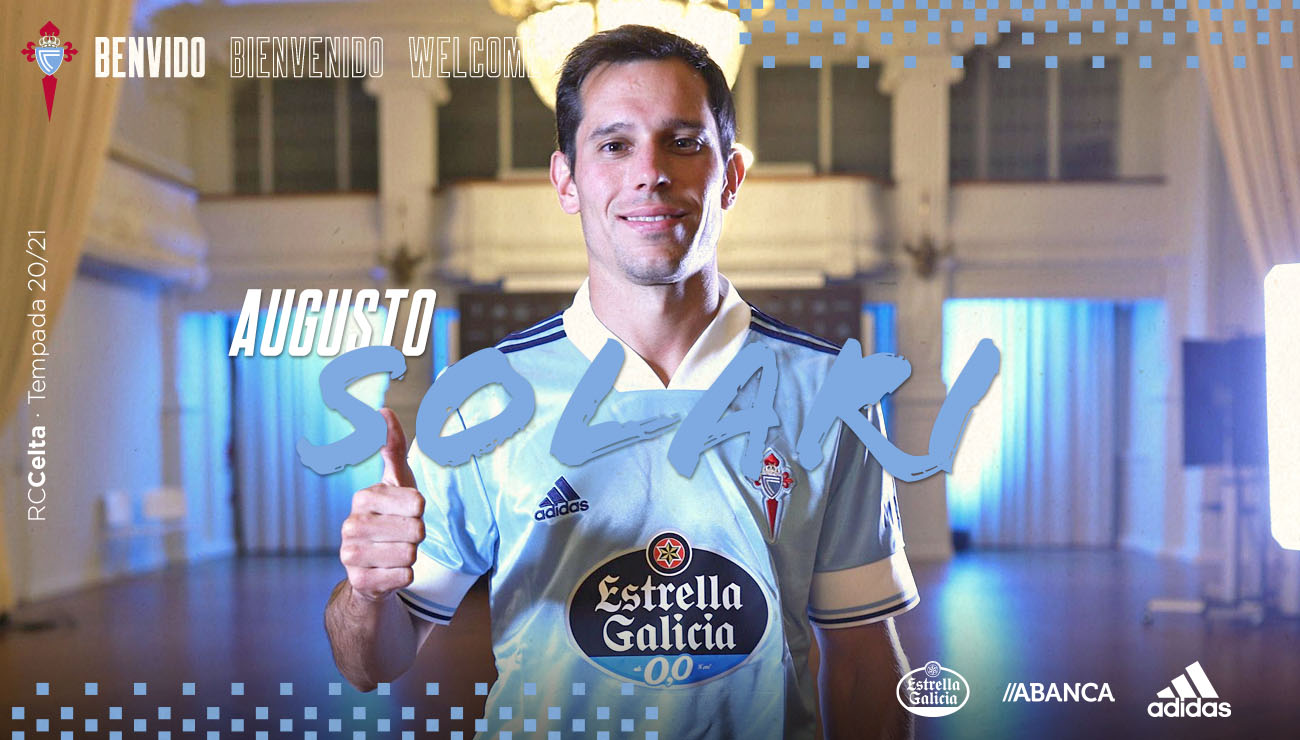 A player with a distinctive last name, a significant name for celticismo and the author of unforgettable pages in the history of his club, arrives at RC Celta. Augusto Solari, author of the goal that gave its last championship of the Argentine Superliga to Racing Club of Avellaneda to the orders of Eduardo Coudet, signs for the sky-blue club for two seasons and a half and it is possible to extend.

The player has already passed medical examination at the RC Celta Clinic in A Sede and signed his contract with the club.

Augusto Solari (Rosario, January 3rd, 1992), member of a family extremely linked to football- is a right mid-fielder of great quality, craft and dedication, with a long career in Argentina, where he achieved 4 titles: two Leagues, one Libertadores Cup and one South American Cup.

He rejoins Coudet in a RC Celta that had already reinforced its team in this winter market with the left-handed wing-back Aarón Martín, who made his debut in the league championship last Wednesday in Seville.

The Argentinean offensive midfielder, who can occupy several positions on the right side and has an Italian passport, was trained in the lower categories of River Plate and later played in Estudiantes de la Plata to arrive in 2017 in Racing Club de Avellaneda, where he offered a splendid performance under the orders of Eduardo Coudet.