Speed, dribbling and skill for the sky-blue attack with the addition of Alvaro Vadillo 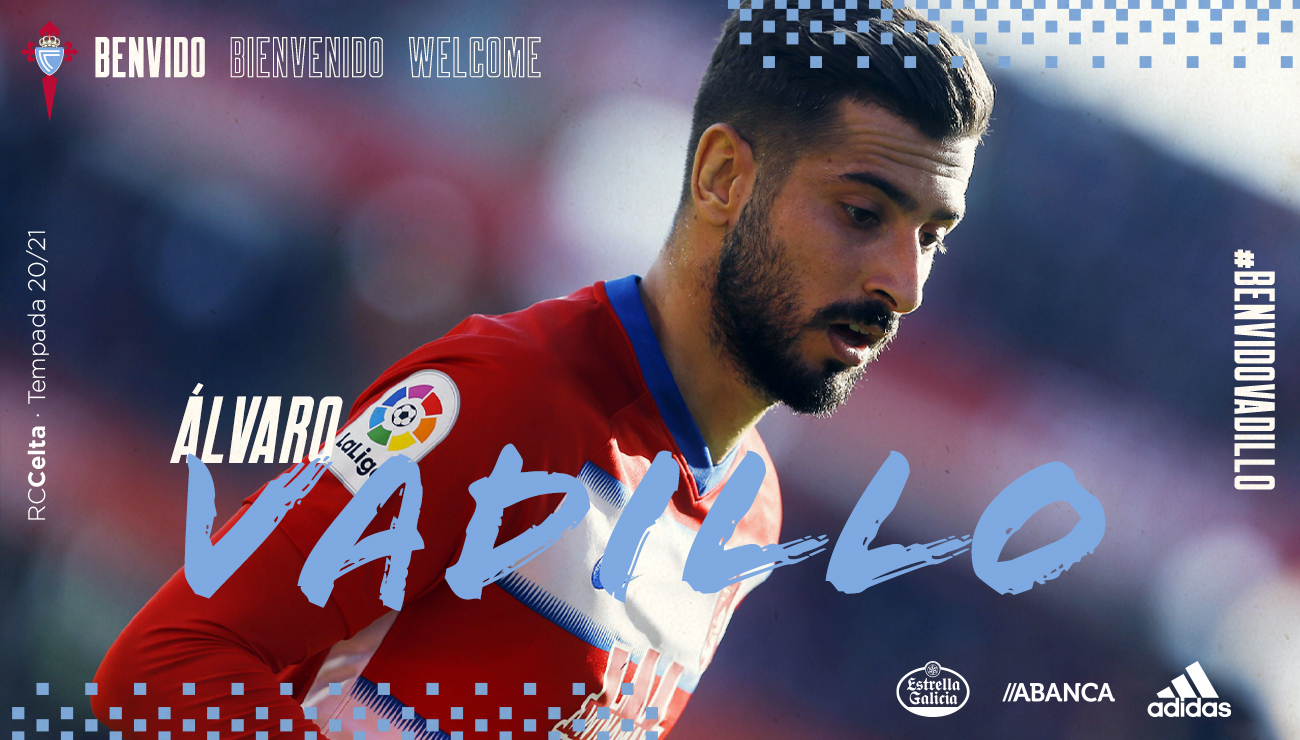 RC Celta have closed the transfer of the skillful winger Álvaro Vadillo, who arrives free after finishing his contract with Granada CF last June 30th. The sky-blue team gains dribbling, speed and skill for both sides of their attack.

Álvaro Vadillo (Cádiz, 1994) was brought up in the youth academy of Real Betis Balompié, the club with which he made his debut in the first division at just 16 years of age. After leaving the Green-White team, the winger from Cadiz signed for SD Huesca and Granada CF, teams with which he was promoted to the First Division as an important player.

The skillful winger can play on both flanks and stands out for his dribbling, speed and ability to assist his fellow attackers. Vadillo has played more than 200 matches as a professional, 63 of them in the First Division, and has experience in European competitions.

The new RC Celta player will defend the sky-blue shirt until 2023.

RC Celta strengthens its midfield with the signing of Renato Tapia