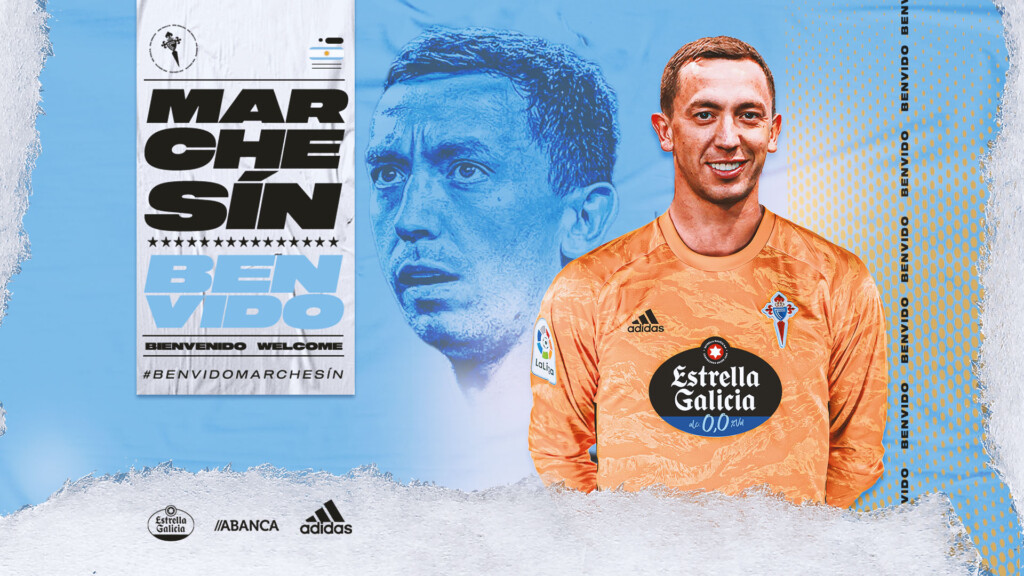 Argentine international goalkeeper Agustin Marchesin joins RC Celta for the next few seasons after closing the deal with FC Porto for the transfer of the goalkeeper, who will bring experience and security to the sky blue goalkeeper.

Marchesín, 34 years old and 1.88 meters tall, has accumulated forty caps with the Argentine National Team and more than 525 games in the Argentine, Mexican and Portuguese leagues. At Porto, his home club, he played 94 matches and in almost half of them he was unbeaten.

He made his professional debut in Lanús, from where, due to his great performance, he moved to the Mexican league. In this competition he played in Santos Laguna and América, from where he was transferred to Porto in the summer of 2019. Marchesín arrives at RC Celta backed by his extensive experience and a good number of titles: Copa América, two Portuguese Leagues, as many Mexican Leagues, a Copa Sudamericana and the Portuguese Super Cup obtained last weekend, among others.

Marchesín will be sky blue for the next two seasons, with an optional third.

A new defensive reinforcement: Óscar Mingueza to stay in the sky blue until 2026