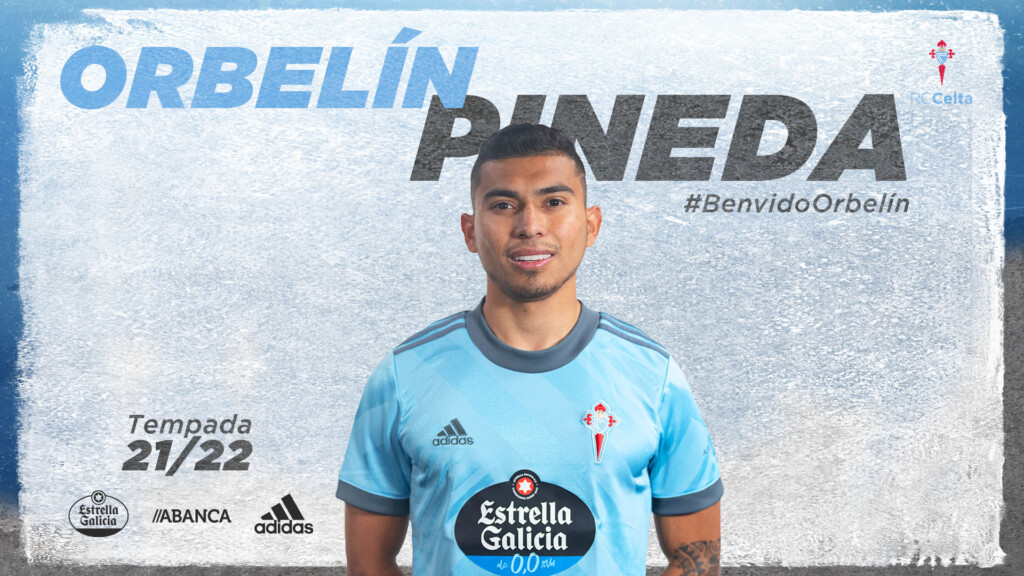 The magic and versatility of Orbelín Pineda will boost RC Celta’s attack, which opens this winter transfer window with the arrival of the Mexican international after the conclusion of his contract with Cruz Azul. Orbelín Pineda (Coyuca de Catalán, (24/03/1996) signs until June 2027 and arrives at the sky blue team backed by an extraordinary career marked by several league and cup titles, the Gold Cup, and the CONCACAF Champions League.

With the Mexican National Team, he has already played more than 40 games and has contributed six goals and as many assists, while in the Mexican league he has scored 32 goals and has 29 assists.

Orbelín Pineda, the ‘maguito’, is a versatile player, who in attack plays with ease and skill both on both wings and inside and can also occupy the position of midfielder. He has fantastic technical skills, hence the nickname of magician, and a great vision, qualities that led him to enjoy resounding success in his country.

The Mexican international will immediately join the team’s training sessions in order to shorten his adaptation period as much as possible, a task for which he will have the valuable support of his national teammate Néstor Araujo.

List of called-up players for the match against Real Sociedad