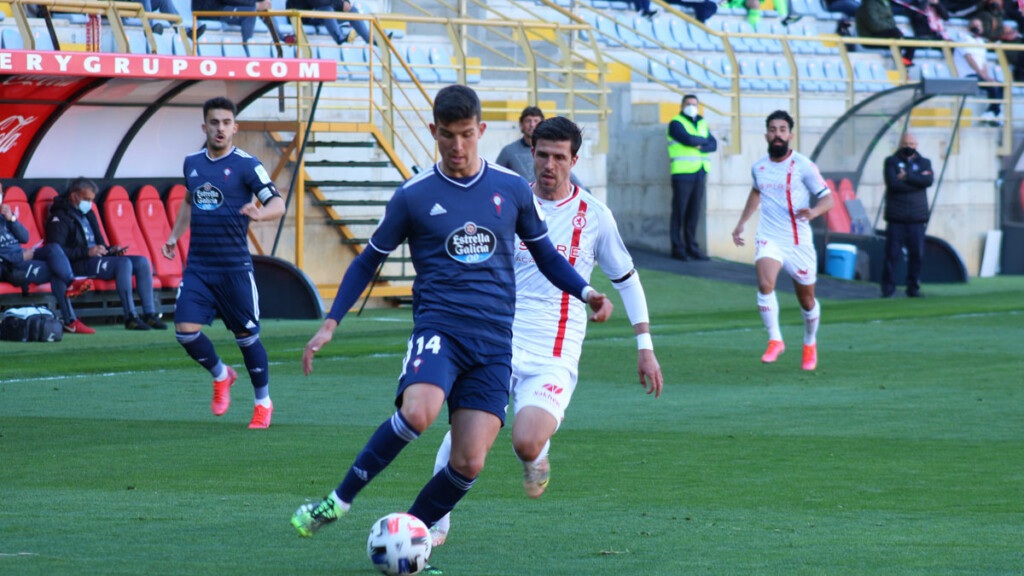 RC Celta B signed an impressive victory in León against Cultural y Deportiva Leonesa (0-3) that allows them to get closer to the top three of their subgroup. Alberto Solís signed a dream match and scored all three goals of the team.

The match started with both teams trying to take control of the ball and with an unbeatable chance for the sky-blue players after a penalty on Cunha on the quarter of an hour. Holsgrove was unlucky to send the shot against the post and was unable to put the B team ahead in León.

In the rest of the first half, both teams stretched their lines and accumulated dangerous arrivals, especially at the feet of visiting players and in which Patrick Sequeira was also very safe keeping RC Celta B’s goal.

In the second half, Onésimo’s team dominated the ball, being better than their rival, imposing their game and having chances from Holsgrove and Manu Justo. The good soccer of the B team was rewarded with a goal thanks to Alberto Solís with a quarter of an hour to go. Celta B was not only not satisfied, but went for more and got the second goal again through Solís before the end. And as it was not enough, Solís scored his third goal in stoppage time to sign a very meritorious thrashing.

Celta b Celta b news