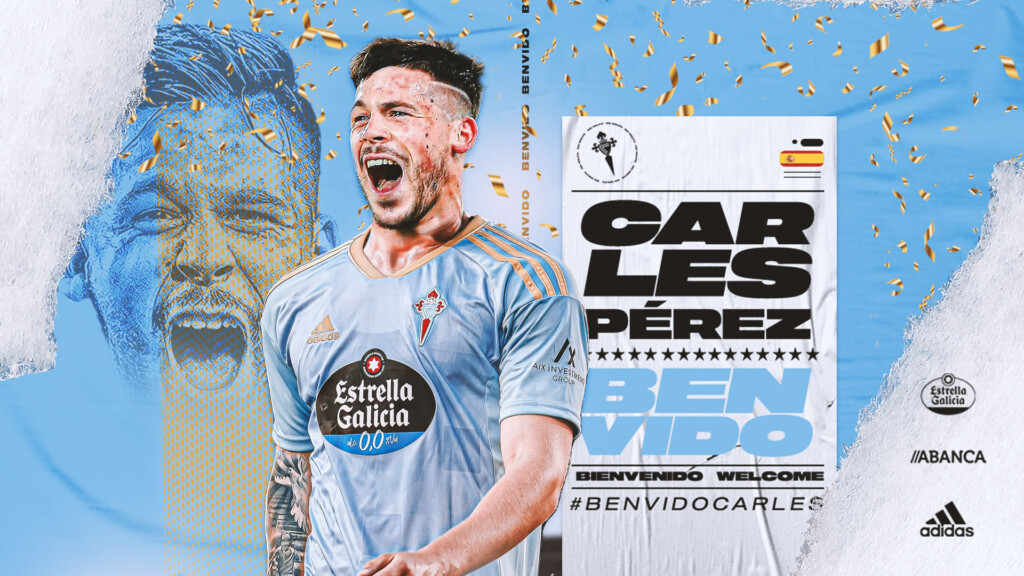 With the defense and goal diligently landed, RC Celta turned to the attacking line, which bettered first with the international striker Gonçalo Paciencia and now with the addition of a versatile player, fast and with great dribbling and attacking skills. The young striker Carles Perez will play this season in the RC Celta after the loan agreement, with option to buy, reached with AS Roma.

The 24-year-old Catalan player played 13 games for FC Barcelona, scoring two goals and providing three assists, before his positive foray into Calcio. With AS Roma, Carles Perez played 75 games, including several Europa League and Conference League matches, a competition in which he was crowned champion.

The sky blue player was also an international with the U-16, U-17 and U-21 Spanish National Teams. This is the eighth addition to RC Celta this season after the arrival of Williot Swedberg, Luca de la Torre, Óscar Rodríguez, Unai Núñez, Agustín Marchesín, Óscar Mingueza and Gonçalo Paciencia.