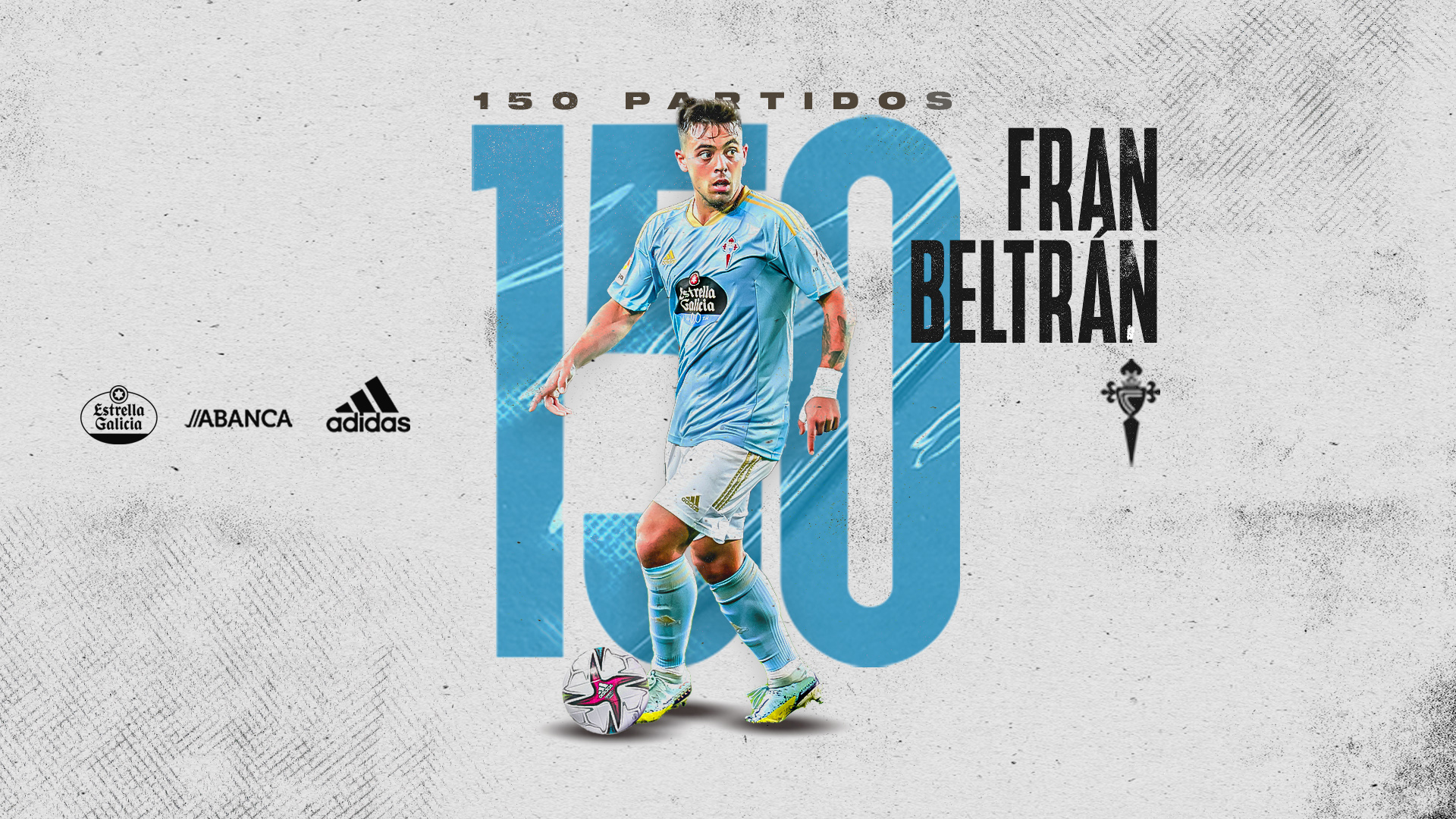 The victory and qualification for the Cup against CD Algar had a special component for Fran Beltrán, who started as captain for the first time in what was his 150th game as a sky blue player. The midfielder has played 141 matches as a sky blue in the top flight and another nine in the Copa del Rey, with a total of six goals scored. In the breakdown by seasons, the player from Seseña played 32 matches in 18/19, 30 in 19/20, 34 in 20/21, 39 in 21/22 and accumulated fifteen official matches so far this season.