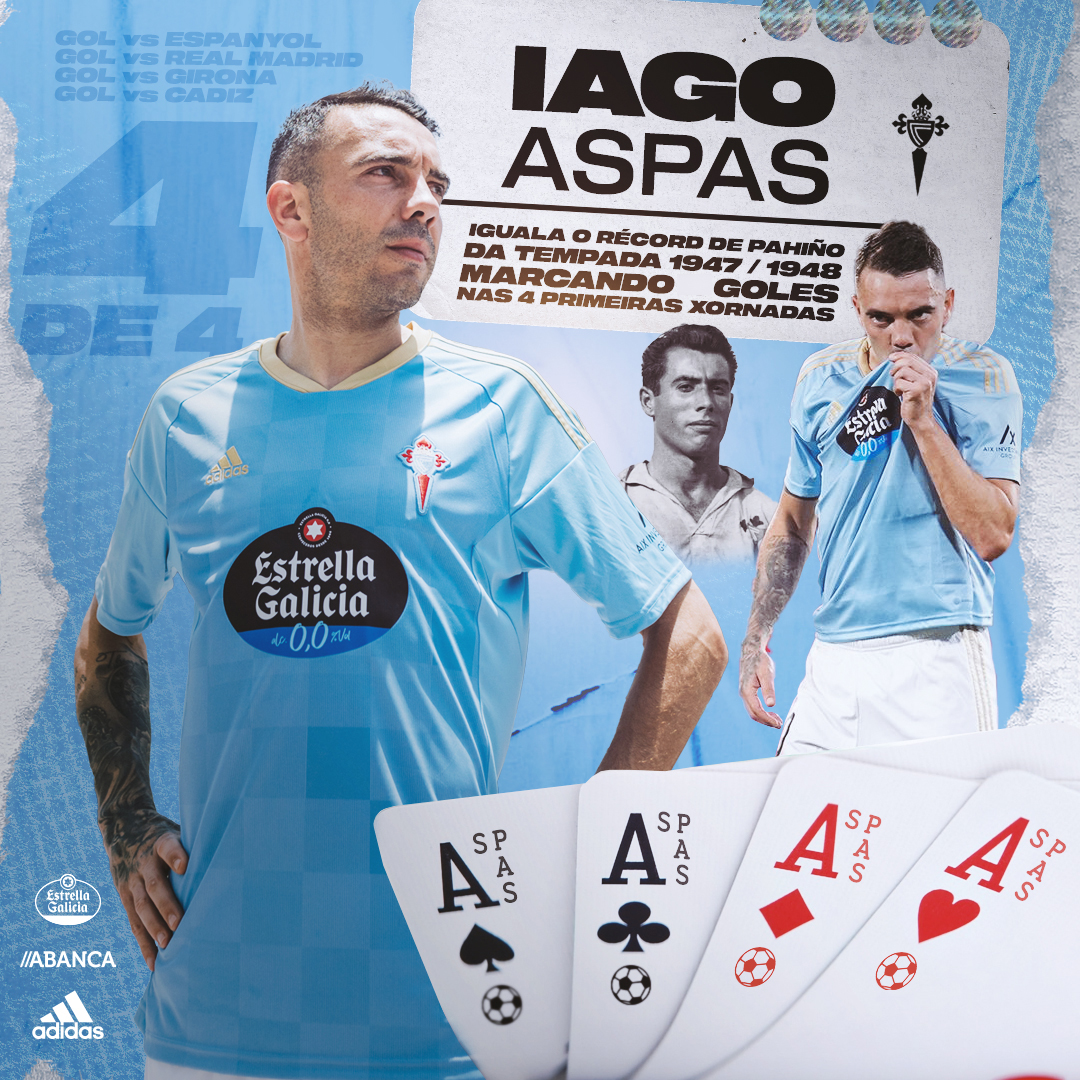 A night with a double prize. RC Celta has taken the three points against Cadiz CF (3-0) in a match where Iago Aspas has further enlarged his sky blue legacy.

The striker has equaled the historic Pahiño by scoring in the first four league matches. Aspas also does it with one more goal thanks to his brace against Cadiz.

Aspas opened the scoring in the 56th minute in a dedicated Abanca Balaidos and repeated in the 74th minute. In between, Óscar Rodríguez scored an authentic goal in the 62nd minute.

After a first half of intensity, but without scoring, the match broke in the second half. Coudet’s side now have the three points and are already thinking about next Saturday’s visit to Atlético de Madrid.

Incidents: Meeting corresponding to the fourth round of LaLiga Santander played at the Abanca Balaídos stadium in front of a full ‘no tickets’ in the stands in Vigo.